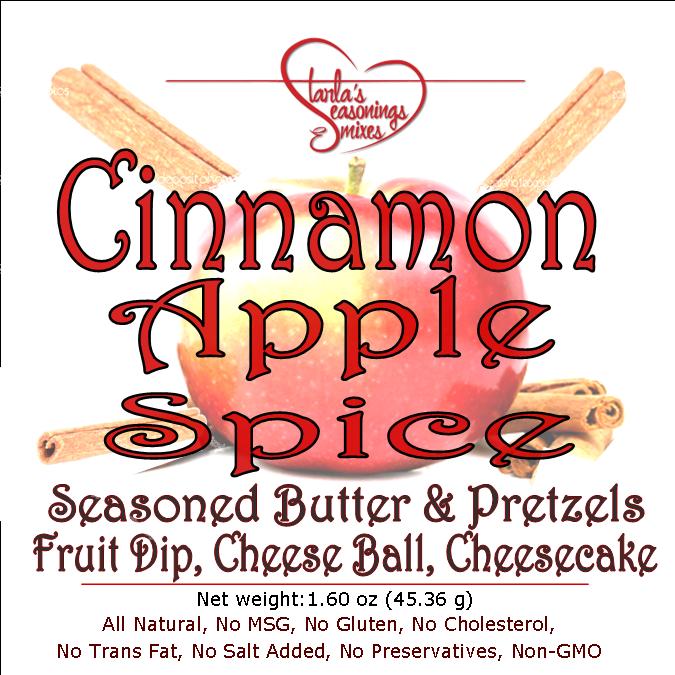 Sampling of Recipes that are on the back of Cinnamon Apple Spice packages:

CINNAMON APPLE SPICE SEASONED PRETZELS/CRACKERS: In a large Zipper bag mix 3/4 cup oil and 1 package Seasoning. Add 1 pound of pretzels or crackers and mix until completely coated. Pour them onto cookie sheets. Bake at 250° for 10-20 minutes or until golden, stir occasionally. Cool completely and store in an airtight container. 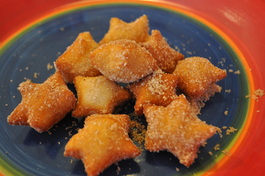 This morning I made super easy Caramel Pumpkin Donuts for my kids. I had some extra ambition, so I cut them in to star shapes with a cookie cutter. You could leave them whole, cut them in half, or make them into actual donut shapes.

Heat about two inches of oil in a large pot. Separate the biscuits on a cutting board and cut a hole from the center of each. A screw-cap from a bottle works perfect! Sprinkle the seasoning into a paper sack. Fry the biscuits in the oil, flipping them over with tongs when they are golden-brown. Once both sides are finished frying, let them drain on paper towels or a plate. Drop them in the bag and shake them up. Don’t forget to fry the doughnut holes. 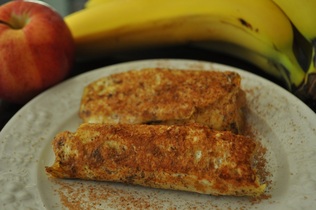 In a bowl whisk the eggs and milk until well combined.
Trim the crust off the bread slice and flatten bread out with a rolling pin.
Place about a teaspoon or 2 of your chosen filling an inch from one end of the bread spread out in a strip. Roll the bread up and repeat until they’re all filled. Do not overfill or they leak out the sides.
Over medium heat melt a tablespoon of butter in a skillet.
Place rolls into egg batter and coat on all sides, then place them in the pan, seam side down. Cook until golden brown, turning them so you brown all sides. Add butter to the pan as needed.
Sprinkle hot rolls in Cinnamon Apple Spice or Caramel Pumpkin Seasoning until completely covered. Serve with maple syrup. 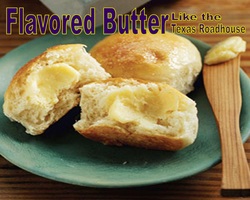 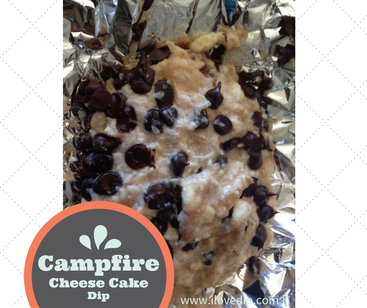 Mix Seasoning into cream cheese and place on square of tin foil. On top of cream cheese add chocolate chunks. Wrap up into a tin foil packet. Place on grill over campfire or BBQ for approx. 15-20 minutes. Open up packet and stir with a spoon until blended. Open tin foil packet like a bowl and serve with fresh fruit or graham crackers. 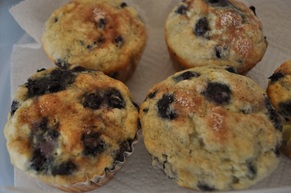 I will never buy another muffin mix for the rest of my life. I can not believe how easy and quick a muffin is to make!
Home-Made Blueberry Muffins
Recipe: Preheat oven to 400 degrees F. Grease muffin cups or line with muffin liners. Combine: 2 cups flour, 1/3 cup sugar, 1/2 teaspoon salt and 3 teaspoons baking powder. Add 1/2 cup vegetable oil, one egg and 3/4 milk. Mix this with flour mixture. Batter will be lumpy, DO NOT over stir. Fold in 1 cup of blueberries (I add more). Fill muffin cups right to the top, and sprinkle with Caramel Pumpkin, Key Lime Pie, Cinnamon Apple Spice or Sweet Strawberry Seasoning . Bake for 20 to 25 minutes in the preheated oven, or until done. 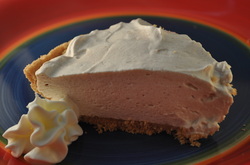 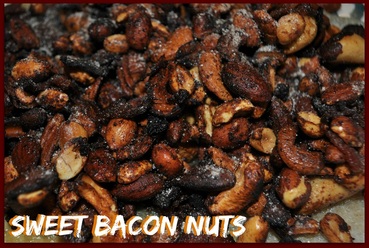 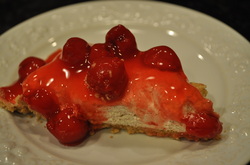 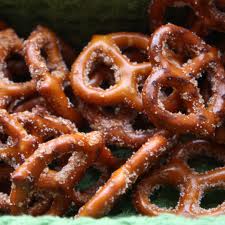 *Make spicy pretzels by adding a package of Habanero! 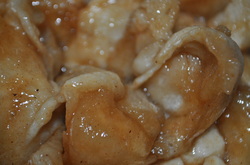 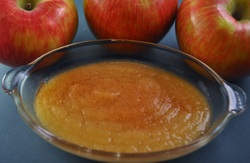 I made mine with 8 peeled and sliced apples, 1/4 cup honey, 1/2 cup water and 3 TBPS. Caramel Pumpkin mix. I served it when it was still warm. So wonderful on a cold day. 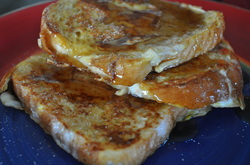 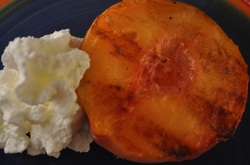 This recipe is so sweet, juicy and easy to make. It tastes like peach cobbler without all the effort!

Directions: Cut peaches along the seam all the way around and twist halves off the pit. Brush
peaches with butter or vegetable oil. Sprinkle with Caramel Pumpkin, Key Lime Pie, Cinnamon Apple Spice or Sweet Strawberry Seasoning . Cook on a hot grill until fruit has grill marks, about 3 to 4 minutes. Turn over, and move to indirect heat. Cover grill and cook until fruit is tender, 10 to 15 minutes. Serve with vanilla ice cream or whipped topping. 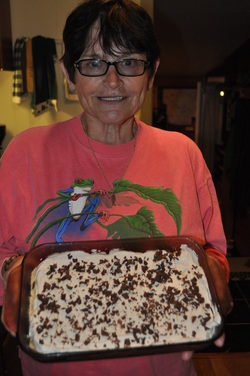 Blend one package of Caramel Pumpkin, Key Lime Pie, Cinnamon Apple Spice or Sweet Strawberry Seasoning , and 1 1/2 cups of Greek yogurt.
Fold in one 8 ounce container of whipped topping.
Spoon into graham cracker crust.
Freeze for one hour, and top with your favorite fruit, chocolate or caramel topping. 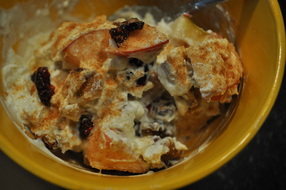 Reserve ¼ cup of milk, set aside. Pour remainder of gallon of milk into a large pot.
Bring the milk to a boil, and then turn off the heat. Let milk cool until the temperature reaches 100 degrees. Remove the film on the top. While that is cooling, mix together ¼ cup of plain yogurt and the reserved ¼ cup milk. When milk reaches 100 degrees, mix in the yogurt/milk mixture. Mix it up gently and thoroughly, cover the pot with a lid. Wrap in a towel, and leave in your oven with the oven light on only. Leave it in oven overnight or 16 hours. After the time is up you magically have yogurt! If you stop right here and you have regular yogurt, or you can strain it further if you want Greek yogurt. Line a colander with a cheesecloth or flour sack towel. Pour mixture in to start draining it inside the colander. Every few hours either squeeze the towel or use a spoon to stir it to help it to drain faster. After about 6 hours you have nice thick Greek yogurt! Sprinkle on Caramel Pumpkin or Cinnamon Apple Spice Seasoning to sweeten and add fresh fruit and nuts. Enjoy! I save 1/4 cup from the first batch to start the next (continuous starter). Save money and know what is in your yogurt. 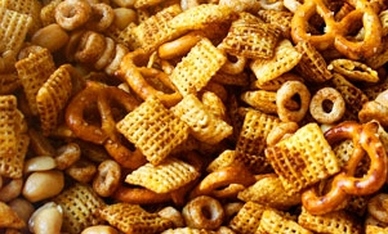 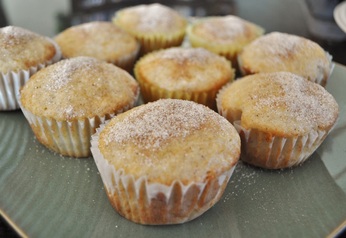